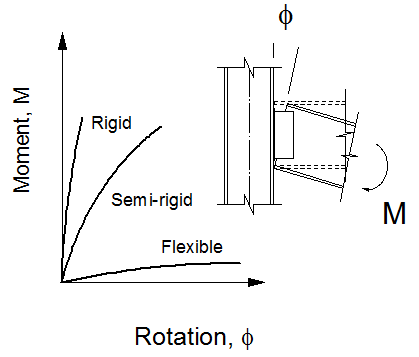 A structure is often required to be loaded to the inelastic range with progressive stiffness degradation in Advanced Analysis, and therefore the post-yield response is monitored.

The basis of the plastic hinge method is cross-section plastification. Material yielding is accounted for by zero-length plastic hinges at one or both end of each element. Plasticity is assumed to be lumped only at the ends of an element, while the portion within the element is assumed to remain elastic throughout the analysis.

Figure1 A hybrid element with end springs for inelastic analysis 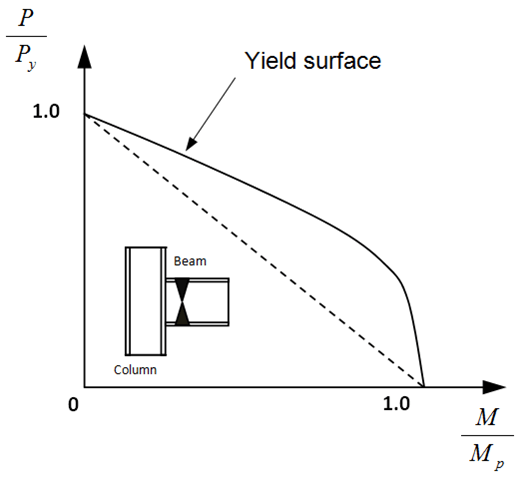 Response spectrum analysis is very useful for analyzing the performance of structures under earthquake. In NIDA, a modal analysis should be carried out to determine the 3D mode shapes and the natural frequencies of vibration. After that, the peak response of the building can be estimated by reading the value from the ground response spectrum for the appropriate frequency. In most building codes in seismic regions, this value forms the basis for calculating the forces that a structure must be designed to resist.

Modal combination methods such as CQC (Complete Quadratic Combination), SRSS (Square Root of the Sum of the Squares) and ABS (Absolute Sum) are available in NIDA. 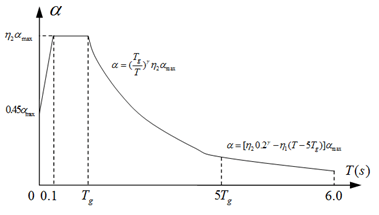 Nonlinear static (pushover) analysis is performed by applying monotonically increasing lateral forces, which represent the inertia forces to the nodes possessing mass in the possible seismic direction, with constant gravitational loads to the structure subjected to ground shaking.

The fundamental intent of the pushover analysis is to obtain the ‘capacity curve’, which shows the relationship between the roof displacement and the base shear.

Interestingly, the pushover procedure lacks a rigorous theoretical foundation. It is mainly relied on the assumption that the response of a multi degree-of-freedom (MDOF) system can be related to the response of an equivalent single degree-of-freedom (SDOF) system. The N2 method (Eurocode8, 2004), the Capacity Spectrum Method (ATC-40, 1997) and the Coefficient Method (FEMA356, 2000) are essentially based on the same assumption above, i.e., a MDOF system can be represented by an equivalent SDOF system, provided their response is dominated by a single mode. 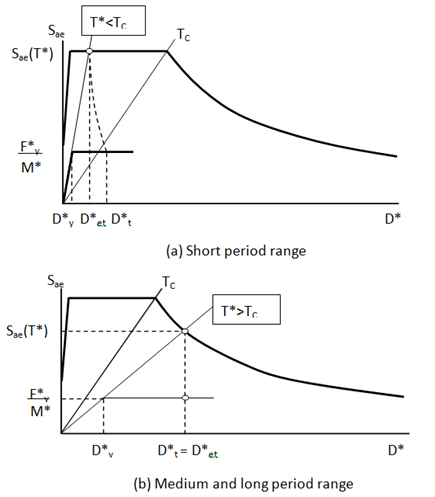 Figure2 Determine the Target Displacement for the SDOF System (Eurocode 8)

The dynamic time history analysis is used to determine the dynamic response of a structure through the direct numerical integration of the dynamic equilibrium equations.

Unlike modal response spectrum analysis, which provides the best estimates of the peak response by statistical means such as the SRSS and the CQC rules, peak response quantities determined by dynamic time history analysis are exact, within the framework of the reliability and representativeness of the nonlinear modeling of the structure. The only drawbacks of the approach are its sophistication and the relative sensitivity of its outcome to the choice of input ground motions.

The strength, stability and deflection checks in the conventional design are essentially based on the complete structure without consideration of construction process. In fact, the behaviour of the components or units in the erection process may be different from the ideal case because instability and excessive deflection may occur in the construction stage with limited propping. Furthermore, shortening and undesirable deformations of the incomplete structure under self-weight and construction loads are inevitable. Generally speaking, the structural self-weight, external loads, boundary conditions and materials are depended on stages during the construction process and their variations are easily overlooked in conventional design.

The deformation and stress level during construction are key considerations by structural engineers. 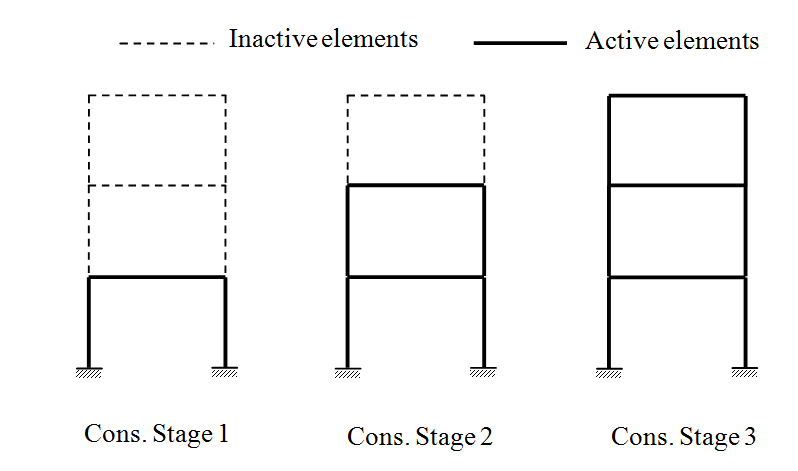 The shell elements in NIDA can be used to trace the large deflection behavior of shell structures, especially the snap-through and snap-back buckling. 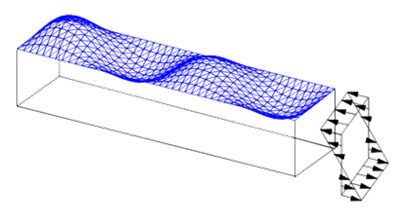 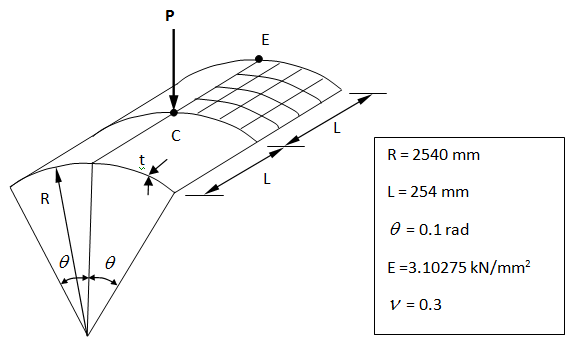 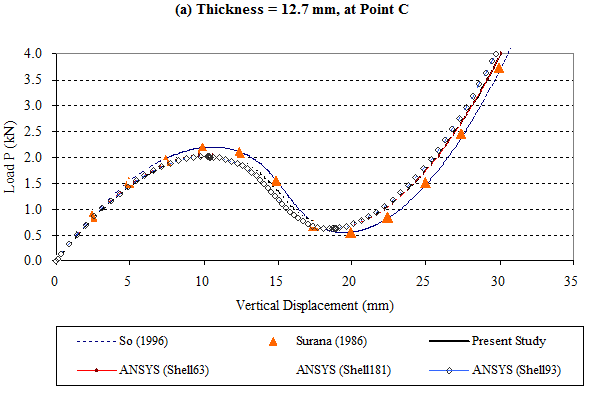 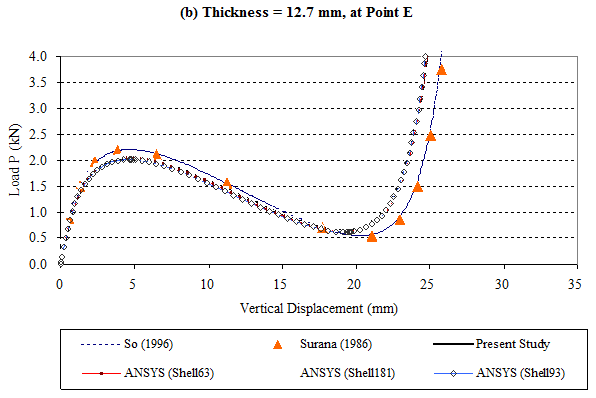 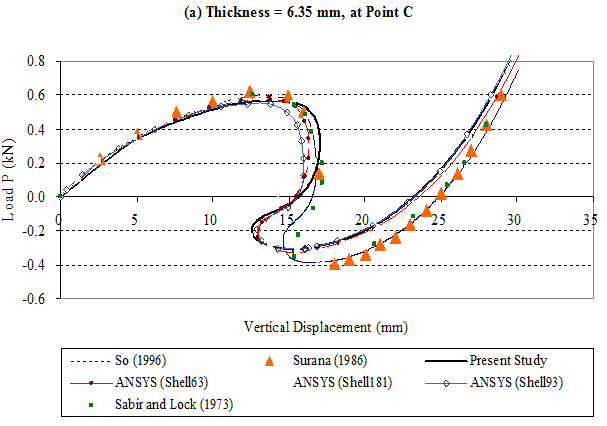 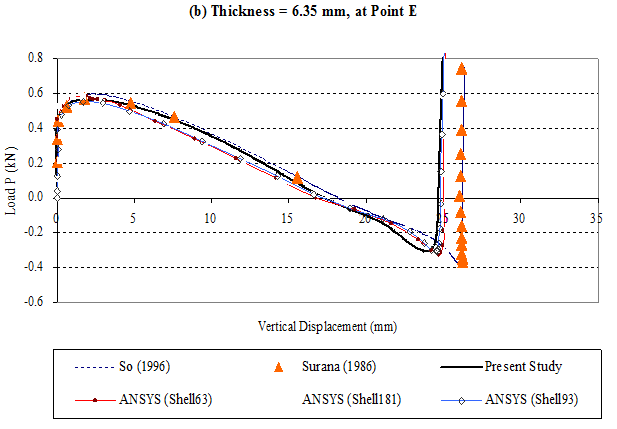